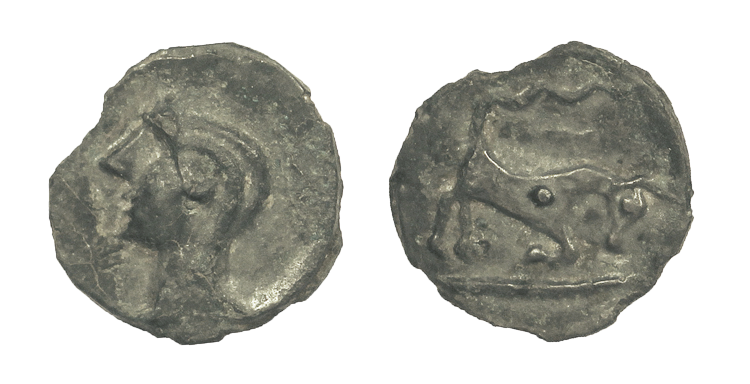 During the Second Century B.C., the British tribes imported coins from Gaul to meet their needs. By 100 B.C., however, a market economy had developed around the mouth of the Thames and it needed low-value coins (22). This need for small change was to foster the first British-made coins. Around 100 B.C., or perhaps a bit earlier, a Kentish tribe, probably the Cantii, began to cast coins in a high-tin bronze alloy. Using the bronze coinage of Massalia as a prototype, they placed a head of Apollo on the obverse and a charging bull on the reverse. The earliest of these coins are the Life-Like Bull and Abstract Bull Types.

A short-lived, but different coinage, carrying similar motifs, appeared about the same time. This is called the ThurrockType. It is best represented by large hoard (possibly mint-debris) found north of the Thames. The Thurrock Type may be the first coins of the Trinovantes/Catuvellauni (23). Because many of these coins have also been found in Kent, there is a debate whether the Thurrock Type should be considered a Kentish coinage, instead.

Plausibly, the cast bronze coins could have been produced by either the Trinovantes/Catuvellauni, the Cantii, or both. There is another possibility, though less likely, that any or all of these coins were contract-manufactured by specialists in Gaul to British specifications. Because no mint site has ever been identified, it is impossible to prove which tribe produced the coins. The current debate, a largely sterile one, centers on findspot maps, which merely show where the coins went out of use, not their place of origin. The debate will not likely be resolved until mint sites are identified and proven (see detailed discussion).

Previously, these early British pieces had been considered copies of the coins of the Leuci, a tribe in eastern Gaul. The coins of the Leuci are adapted from the same Massaliot bronzes. However, the earliest extant British examples are closer in style to the Massaliot prototype, suggesting a direct derivation (24). Furthermore, Massalia bronzes have been found at Richborough and Canterbury, and they may have arrived in Britain as a result of the wine trade with southern Gaul. The Kentish tribes were likely to have been familiar with them, when the time came to produce their own cast bronze coinage.

The Kentish Cast Bronzes are amongst the most fascinating of all British coins, because they demonstrate Celtic ingenuity at its best (25). The Cantii were required to produce large quantities, and because each coin had a low intrinsic value, they had to produce them economically. Initially, the moneyers experimented with manufacturing techniques – the earliest examples appear to be made from moulds produced by impressing a mother coin into the clay. Soon, textile, wood and perhaps other materials were used to produce the runner system, and a stylus was used to scribe the design. Once the most efficient method was discovered, the coins became standardized and were subsequently issued in enormous quantities throughout the first half of the first century B.C., to be replaced ultimately by struck bronzes (26).

Although the cast bronzes were used primarily in Kent, other findspots indicate they traveled throughout southern Britain, well beyond the territory of the Cantii (27). Large numbers have been found near London and the vicinity of the Thames (perhaps votive deposits). The Durotriges imported them, possibly as scrap metal during the Gallic War. They have been found as far west as Glastonbury Lake Village (156).

Van Arsdell 1986b, for a general discussion 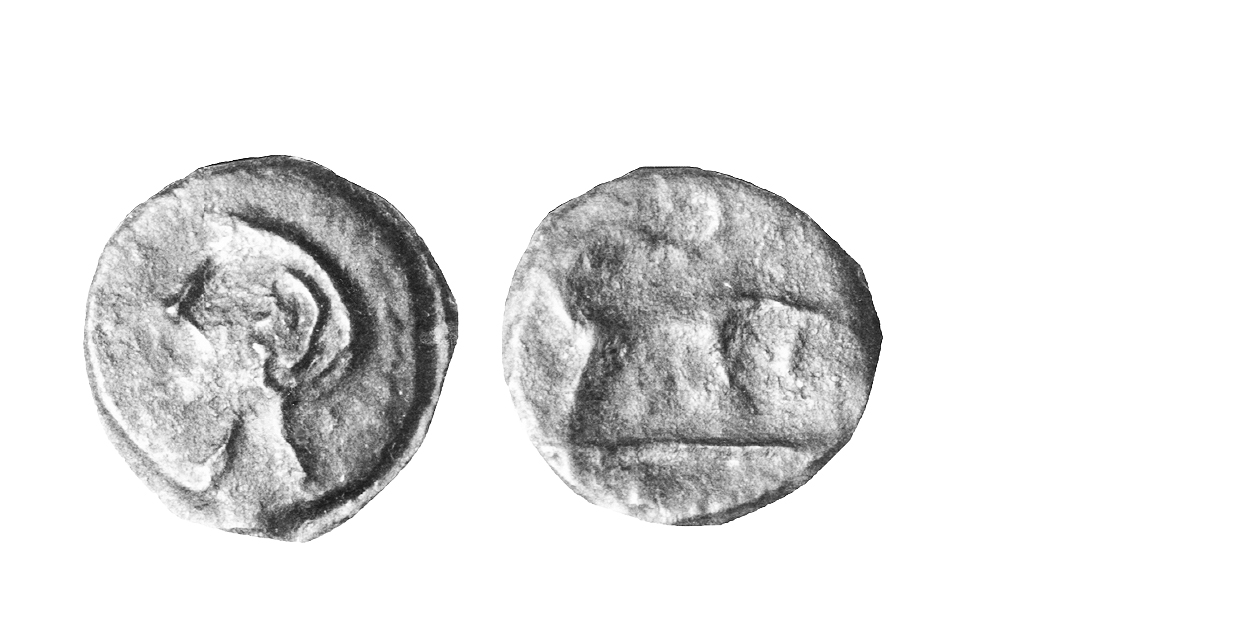 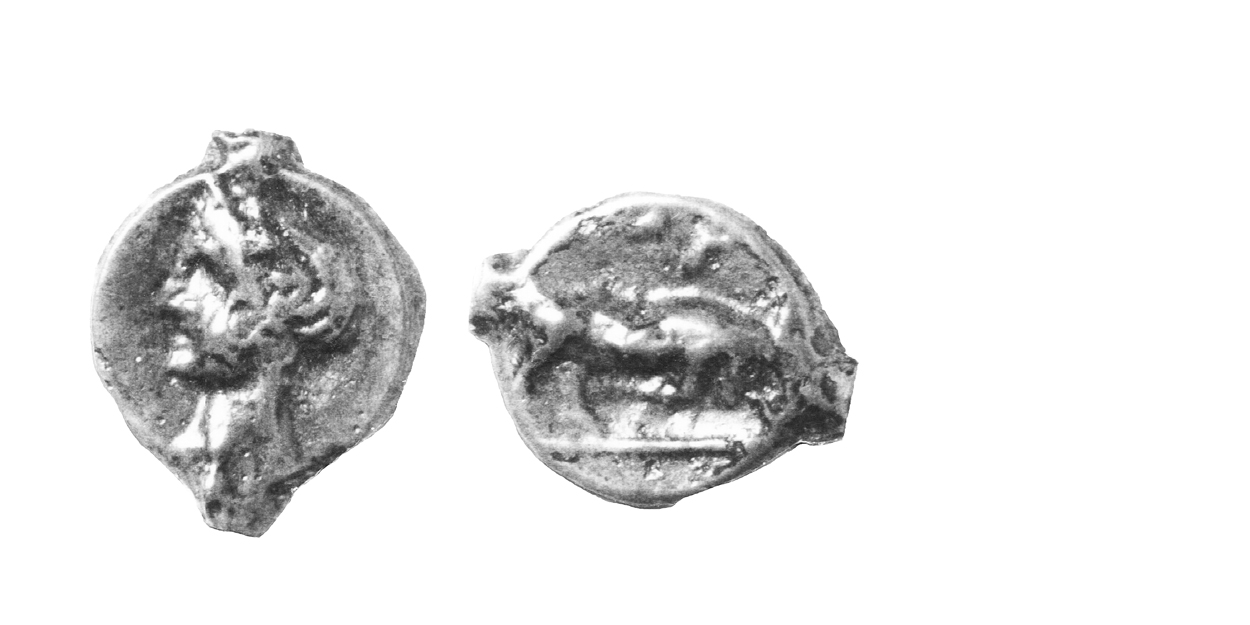 This section discusses the early cast coins made in Britain